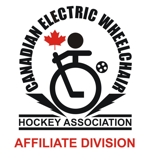 "It is with sadness that we announce the passing of Robert John Olisoff of Calgary, AB on Saturday, December 28, 2019 at the age of 54 years.

Robert was born in Calgary, Alberta, Canada on August 22, 1965. He attended Gordon Townsend School at the Children’s Hospital. Robert enjoyed playing hockey in the Canadian Electric Wheelchair Hockey Association and was awarded an Outstanding Achievement in Fund raising for the 1995/1996 years.  He participated in several telethons raising funds for the Children’s Hospital.  Robert played a role in the movie Touched by Love that aired in October of 1980 and developed a relationship with Michael Learned with whom he corresponded with for several years.

Robert was a world traveller having the opportunity to go to places like London, Mexico, the Dominican, several states of the US and many more. He will be most remembered for his wit and sense of humour, his kindness and love of animals.

A Celebration of Robert’s life will be held in the spring. Condolences, memories and photos may be shared and viewed on Robert’s obituary at www.McInnisandHolloway.com.  Donations in Robert’s name can be made to the Calgary Humane Society.

A tree will be planted in living memory of Robert J. Olisoff.